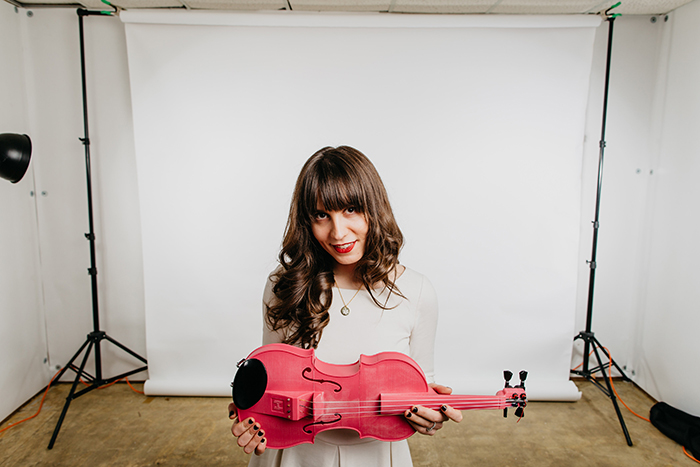 Growing up, Kaitlyn Hova thought programming sounded extremely dull, thanks to her father, who worked as a software engineer for various credit card companies.

“He worked in an office, and it was just the most boring life I could ever imagine,” Hova says. “I was never going to be a software engineer, ever. I just had no idea that you could do so much with it.”

Now, the Omaha native is senior UX developer at Women Who Code, a global 501(c)3 nonprofit dedicated to inspiring women to excel in technology careers. She and her husband also operate their own business, Hova Labs, whose work runs the gamut from web design to 3D printing. (Recently, Developer Week, a developer & engineering technology conference, gave Hova Labs a “Best in 3D Printing” award for their Hovalin, a playable, 3D-printed violin that can be made with about $70 worth of raw material.)

Kaitlyn Hova is also a neuroscientist and a Berklee-trained violinist who has performed with Rod Stewart, Josh Groban, Trans-Siberian Orchestra, Mannheim Steamroller, and multiple rock and indie bands.

In other words she’s pretty much a superhero.

An Unlikely Path toward Tech

Originally, Hova pursued a career in music. She started performing at thirteen with various big-name artists that came to Omaha, then quickly discovered she could make better money playing weddings. But she faced a major age-related hurdle.

“I found out no one was actually going to hire a violinist who’s thirteen years old to play their special day unless you have a website. A website makes you legitimate. So I started coding around then.”

The gigs started rolling in.

She didn’t realize you could do programming for a living. Coding had always been a means to an end: a website for her music, a customized Myspace page, a database for a college project.

Eventually, after a stint at the Berklee College of Music in Boston, she came to the University of Nebraska at Omaha to study neuroscience.

Hova was born with a neurological condition called synesthesia. Synesthesia involves the crossing of senses. A person with synesthesia might see sounds, taste colors, or hear smells. Like most people with the condition, she didn’t realize she was any different. She thought everyone saw colors when they heard music.

When she found out synesthesia was relatively rare, she wanted to know everything about it. After graduating with her degree in neuroscience, she decided she wanted to research synesthesia more extensively. Unfortunately, many graduate programs in neuroscience did not offer the option to study the condition. It’s hard to find funding for synesthesia research, because many people do not even know they have it. And there was no aggregate database of synesthetes, which made it hard to recruit study participants.

So she built The Synesthesia Network, an educational social network for people with synaesthesia, universities that want to study synesthesia, and curious minds who want to learn more about synesthesia. Since then, she has given TED Talks on synesthesia, and developed a synesthesia violin that pairs notes with different colored lights to approximate the type of synesthesia that she experiences.

“I already had all the front-end experience,” Hova says. “I could build it, design it, no problem. But I didn’t know how to work with databases.”

So she took a coding bootcamp to learn Ruby on Rails and build the back-end database behind the Synesthesia Network. This experience helped her realize she preferred to build software and dynamic web apps rather than static websites. She switched careers,  moved to San Francisco, and now spends her days coding, dreaming up new ideas, inventing fun projects, being a new mom, and advocating for women in technology.

Hova knows what it feels like to feel excluded from tech. From a young age, she thought of software engineering as a boring dad enterprise, not as a powerful tool to unlock her creativity.

“Girls, myself included, are usually pretty creative,” she says. “You want to solve creative problems. So don’t think of software as ones and zeroes. Think of it as: each coding language and platform you use is like a different tool in your toolbelt to build whatever you want. You can still have that creativity. But coding gives you the tools to build the thing that you want to build. Like, literally anything.”

It might be difficult at first. “But you’ll learn patterns along the way, and it gets easier.”

“It’s kind of like puzzle-solving all day. You’ll get a problem, and you’ll go, okay, how do I solve that? And that’s all you do. It’s fun!”

AIM Institute is building an inclusive tech talent community. From offering tech educational experiences to youth through our Brain Exchange, to helping career changers and tech professionals upgrade their skills via the Interface School, we believe there is a path for everyone in technology. 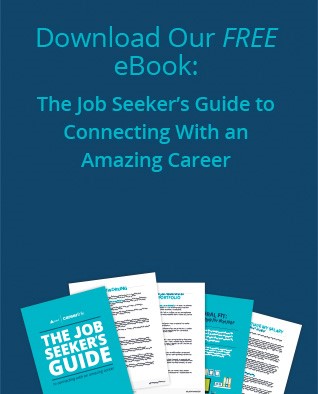